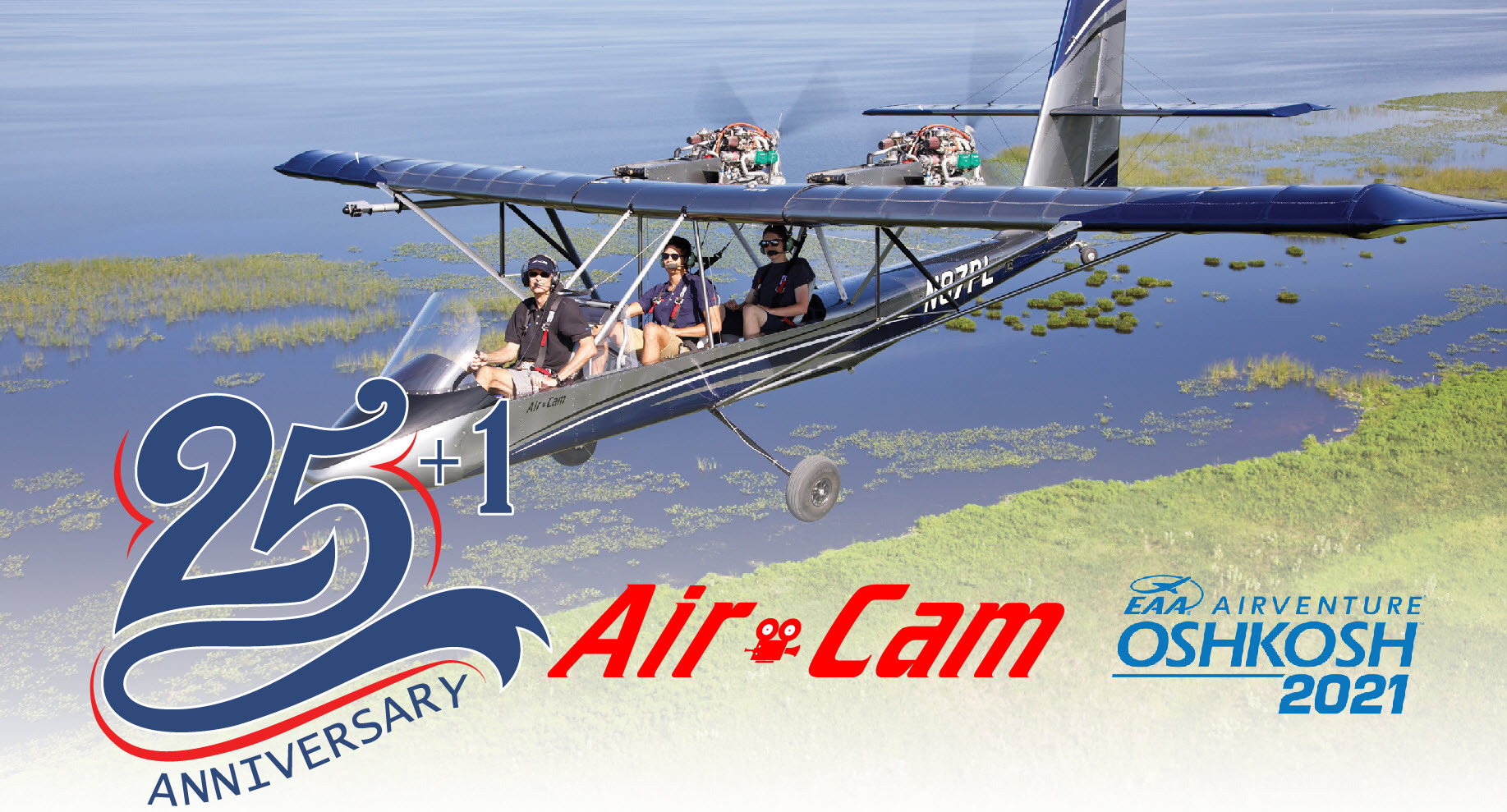 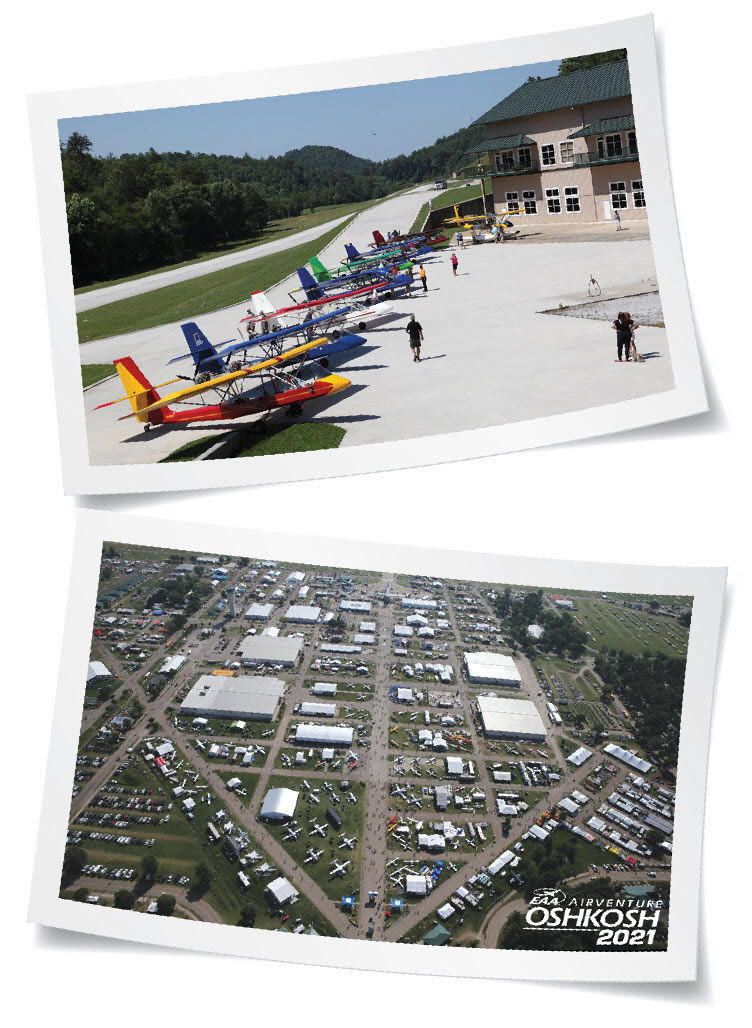 (This celebration should have taken place last year, but as we all know that couldn’t happen.)

If you’ve ever wanted to fly your AirCam into Oshkosh this will be the year to do it! EAA has arranged for group parking in the homebuilt area, for AirCams that fly into the convention. We will have a group of AirCams departing from central Florida for the show and encourage others to join us so we can fly up together. This will be a great opportunity to share ideas and experiences with other AirCam owners. EAA will be allocating space based on the number of AIrCams that register, so if you plan to fly-in with your AirCam please click on the link below and register:

Join us for the AirCam dinner on Wednesday evening, July 28th, at the Roxy Supper Club. Cocktails and socializing from 6:00 pm to 7:00 pm followed by dinner. We will be able to accommodate 70 people, so please register with us at the link below if you plan to attend. Reservations will be on a first come basis.

We will have a factory display in two locations this year. In the main aircraft display area in Exhibit Hangar B, Space 2009 and in the Ultralight area Exhibit Spaces 907+908. We love the Oshkosh Ultralight area for its grass airstrip and wonderful evening flying sessions. This year’s convention takes place from July 26 through August 1st.

We look forward to seeing you there!

Fondly referred to as a “swarm,” (see also: “gaggle”) a group of AirCam owners and enthusiasts descended on Jekyll Island during the weekend of May 21-23, 2021. Over a dozen AirCams were joined on the ramp at the Jekyll Island Airport (09J) by another half-dozen aircraft participating in the gathering. Several newcomers quickly became family, with owners and enthusiasts celebrating the emergence of another “AirCam smile” following a demonstration flight around Jekyll Island and low-and-slow sightseeing along the beaches of nearby Cumberland Island. There wasn’t an empty seat in sight at Phil Lockwood’s safety briefing and seminar on low-altitude flying and the crowd returned at dinnertime for a group gathering of more than 60 people! On behalf of our crew, we were delighted to spend time with the AirCam family after a lengthy hiatus from our storied gatherings. Our party was extremely grateful for the hard working staff at the Jekyll Island Club Resort.  From all of us at Lockwood Aircraft, we sincerely appreciate your patronage. Thank you so much for being a part of the AirCam adventure!